Back end development for a charity project 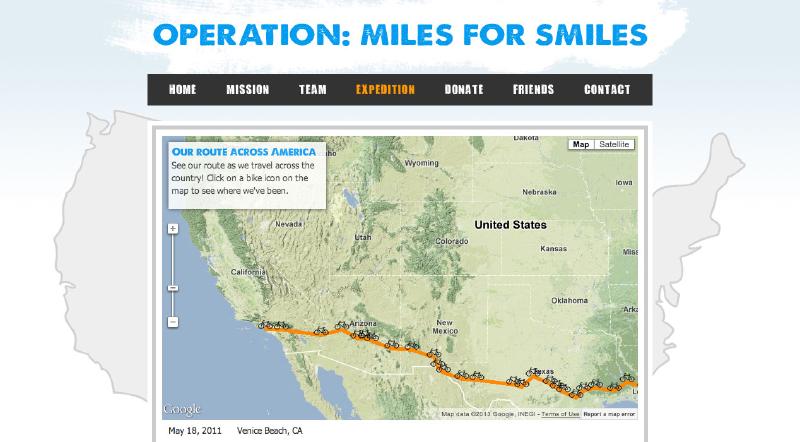 Operation: Miles for Smiles was a fundraising drive in which a group of bicyclists toured from California to Florida to raise funds for charity. They needed a website to promote their project and to allow donors and the public to track their progress across the country in real time.

The web team consisted of Scott Madsen and me. He designed the website’s look-and-feel, while I turned his design into HTML and wrote the back end.

Ruby on Rails was chosen as the framework primarily because it enabled rapid development of a dynamic web application. We intended to do somewhat complex mashups utilizing various web services, and wanted to be able to stand that up as quickly as possible.

The fundraising project successfully concluded in June 2011, and the web site is currently offline.